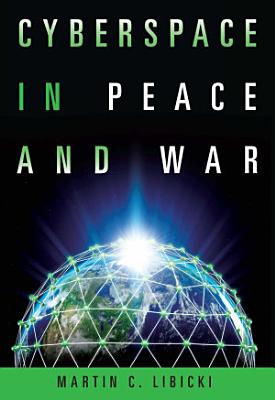 This book is written to be a comprehensive guide to cybersecurity and cyberwar policy and strategy, developed for a one- or two-semester class for students of public policy (including political science, law, business, etc.). Although written from a U.S. perspective, most of its contents are globally relevant. It is written essentially in four sections. The first (chapters 1 - 5) describes how compromises of computers and networks permit unauthorized parties to extract information from such systems (cyber-espionage), and/or to force these systems to misbehave in ways that disrupt their operations or corrupt their workings. The section examines notable hacks of systems, fundamental challenges to cybersecurity (e.g., the lack of forced entry, the measure-countermeasure relationship) including the role of malware, and various broad approaches to cybersecurity. The second (chapters 6 - 9) describes what government policies can, and, as importantly, cannot be expected to do to improve a nation’s cybersecurity thereby leaving leave countries less susceptible to cyberattack by others. Among its focus areas are approaches to countering nation-scale attacks, the cost to victims of broad-scale cyberespionage, and how to balance intelligence and cybersecurity needs. The third (chapters 10 - 15) looks at cyberwar in the context of military operations. Describing cyberspace as the 5th domain of warfare feeds the notion that lessons learned from other domains (e.g., land, sea) apply to cyberspace. In reality, cyberwar (a campaign of disrupting/corrupting computers/networks) is quite different: it rarely breaks things, can only be useful against a sophisticated adversary, competes against cyber-espionage, and has many first-strike characteristics. The fourth (chapters 16 – 35) examines strategic cyberwar within the context of state-on-state relations. It examines what strategic cyberwar (and threats thereof) can do against whom – and how countries can respond. It then considers the possibility and limitations of a deterrence strategy to modulate such threats, covering credibility, attribution, thresholds, and punishment (as well as whether denial can deter). It continues by examining sub rosa attacks (where neither the effects nor the attacker are obvious to the public); the role of proxy cyberwar; the scope for brandishing cyberattack capabilities (including in a nuclear context); the role of narrative and signals in a conflict in cyberspace; questions of strategic stability; and norms for conduct in cyberspace (particularly in the context of Sino-U.S. relations) and the role played by international law. The last chapter considers the future of cyberwar.

Cyberspace in Peace and War

Authors: Martin Libicki
Categories: History
This book is written to be a comprehensive guide to cybersecurity and cyberwar policy and strategy, developed for a one- or two-semester class for students of p

Authors: Martin Libicki
Categories:
This updated and expanded edition of Cyberspace in Peace and War by Martin C. Libicki presents a comprehensive understanding of cybersecurity, cyberwar, and cyb

Myths and Realities of Cyber Warfare: Conflict in the Digital Realm

Authors: Scott J. Shackelford
Categories: Law
The frontiers are the future of humanity. Peacefully and sustainably managing them is critical to both security and prosperity in the twenty-first century.

Authors: Chris Hables Gray
Categories: Art
Computers are at the heart of war as we know it and this visionary overview of cyber war in the twenty-first century studies how electronics have changed the wa

Authors: Karsten Friis
Categories: Political Science
Adopting a multidisciplinary perspective, this book explores the key challenges associated with the proliferation of cyber capabilities. Over the past two decad

Information Technology for Peace and Security

Authors: Christian Reuter
Categories: Computers
This book offers an introduction to Information Technology with regard to peace, conflict, and security research, a topic that it approaches from natural scienc

Authors: Scott J. Shackelford
Categories: Law
The international community is too often focused on responding to the latest cyber-attack instead of addressing the reality of pervasive and persistent cyber co

Authors: Alexander Klimburg
Categories: Computers
“A prescient and important book. . . . Fascinating.”—The New York Review of Books No single invention of the last half century has changed the way we live