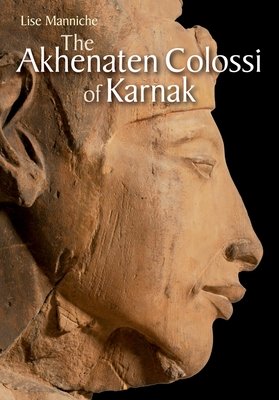 Some of the most fascinating sculptures to have survived from ancient Egypt are the colossal statues of Akhenaten, erected at the beginning of his reign (1353-1335 BC) in his new temple to the Aten at Karnak. Fragments of more than thirty statues are now known, showing the paradoxical features combining male and female, young and aged, characteristic of representations of this king. Did he look like this in real life? Was his iconography skillfully devised to mirror his concept of his role in the universe? And was more than one individual represented in the colossi? The author presents the history of the discovery of the statue fragments from 1925 to the present day; the profusion of opinions on the appearance of the king and his alleged medical conditions; and the various suggestions for an interpretation of the perplexing evidence. A complete catalog of all major fragments is included, as well as many pictures not previously published.

The Akhenaten Colossi of Karnak

Authors: Lise Manniche
Categories: Art
Some of the most fascinating sculptures to have survived from ancient Egypt are the colossal statues of Akhenaten, erected at the beginning of his reign (1353-1

Authors: Rivka Ulmer
Categories: Religion
After World War II, Ernst Ludwig Ehrlich (1921-2007) published works in English and German by eminent Israeli scholars, in this way introducing them to a wider

Infertility and Impaired Fecundity in the United States, 1982-2010